Decided to add Trello (link on the right) as a way to keep progress in a nice, visual way.

While some draws are 90% done (missing mostly details such as expressions and so on), some are still in full sketch form.

Well, time to spam some images.

First is Gavril - I know, I did share his sketch earlier, but here with shading, colors and all that good stuff 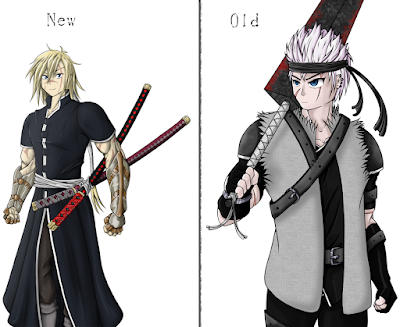 And as I wanted characters to be more Visual Novel style while using majority of screen, all characters are shown cut from ankles and not around thighs.
Next one is in silhouette form.
And yeah it's Ro'Medantis. This time he... or should I rather say "she", no longer looks like a weird mix of demonic bat crossed with a spider. She is now an arachne in her full form. There is also a little spirit version but so far that one needs to be sketched first :D 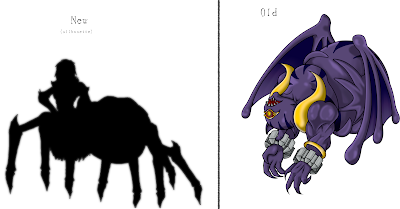 And last one.
First of all, I know how she looks and no, she will not be part of R18 scenes. I don't wanna go to jail xD
Anyway, this character did make it into Petals of Rose, she was visible in intro but not in full.
So who is she? Originally, when Rose got into a huge fight between Hero, Demon Lord and Manura's King and his army everything that could go wrong - went wrong. With the help of Marley (and Vizar depending on player choices in Sedara) she made it to another continent to search for the legendary Mizuthani Zhen (Gavril's and his father master). With some issues, she did encounter a Zhen, but her name was Mai and she was Mizutani's granddaughter, current heir to that legendary legacy.
This time, things are a little different, since Rose was taken by Gavril on a very day she was born and when he was just a little pipsqueak. Due to that, Mai is more like a little sister (onee-chan anyone?) to Rose rather than someone who trained her in Mizutani's place. Kinda ironic, since their roles got pretty much reversed in terms of master-student :D
Because of that, only thing that was left from the old game was her silhouette from intro. This time however, she is in her full little sis glory (no word about it, no R18 content for Mai, me no likey jaily jaily xD) 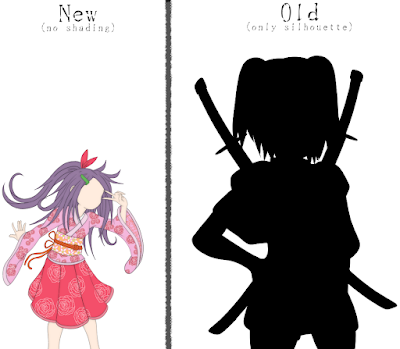 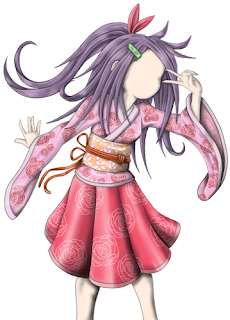 So yeah, this is how much the game is different from it's previous version. That's why I changed the name to Chronicles of Rieat and why doing everything from scratch is faster than trying to fix everything.

This is more or less new art style of the game.

Since I am keeping Rose until very las second, here is Gavril, new compared to old one.

And yes, when I asked myself "How much anime he should be?" I said "YES" xP 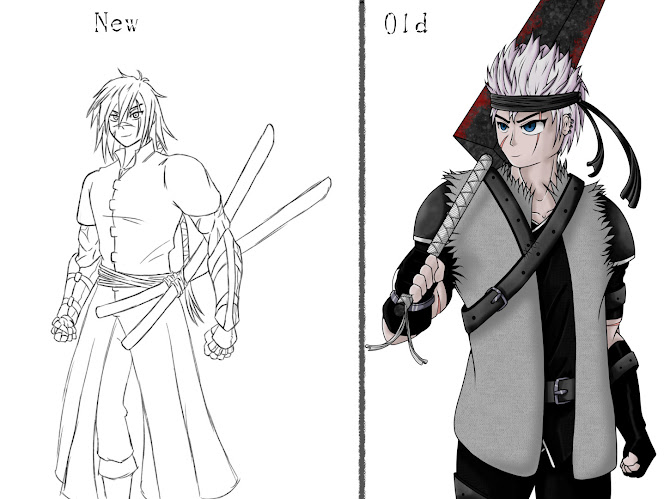 From the very scratch.

Been a while since I posted.

Well, my job got the hold of majority of my life so not much could be done there. But nowadays I have way much time and there is almost zero possibility it will change to worse.

So I decided to go back to Petals of Rose and... "ugh" should be a simplest comment to describe it. After rewriting this, redesigning and doing a solo brainstorming I realized that amount of work required is the same as doing everything from scratch. As second option seemed better at this point this is where we are right now.

My artstyle somewhat changed so I am redrawing everything. The game itself will be more of a VN with RPG elements, so less walking around on maps. Story itself needed fixing by a lot, while some major elements are still here, it's pretty much a different game at this point.

As for sex scenes - those obviously are still here, just redone.

For characters, other than introducing ones that were supposed to show up later in the game, now they are here from the very start. Some changes were also done to ones that showed in game so far. Like Gavril changing his hair to delinquent blond and Ro'Medantis becoming more humanlike (well, 1/3 of her is now humanlike :D)

At the point of writing this post, I would say that ~50% of intro is done (dialogue/cutscenes wise).

After intro, I will add a sex scene or two and drop it as 0.1 or other generic alpha naming.

Oh yeah, and as it's pretty much a different game, the name also changed to not confuse everyone. The name of the game is now: